Some pictures of my viols

Click on the images to see larger versions. Also, a little further down this page is a set of “photo diary” pictures showing stages in the building of a seven-string bass viol. 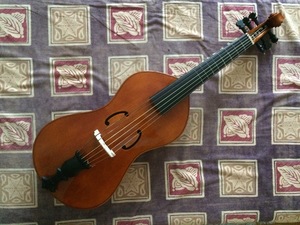 The back of the same Brensio tenor. 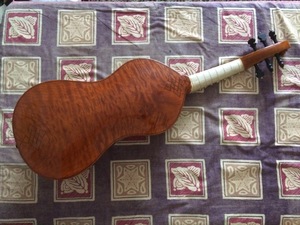 Anonymous bass viol, England, 1649. The original is on the left, my copy is on the right, with its owner. 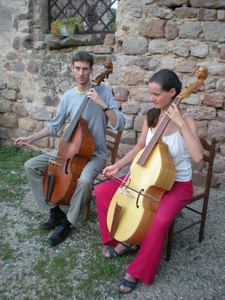 This is a photographic record of the building of a seven-string bass viol after Nicolas Bertrand, Paris, circa 1726. It's the viol I play myself; I built it between the summers of 2007 and 2008.

The mould with corner and top and bottom blocks attached and the first rib bent and cramped to shape. The piece of wood to the left is the second rib before bending. 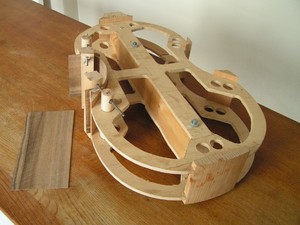 All six ribs bent and fitted to the mould and glued to the blocks. 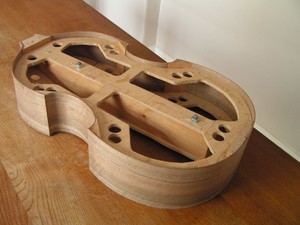 Fitting the lining strips around the back of the instrument. 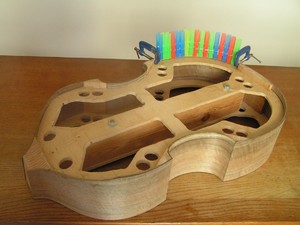 The back jointed together and ready to be thicknessed. 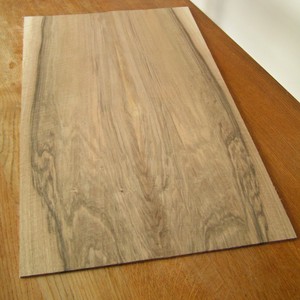 The back thicknessed and glued onto the rib assembly. 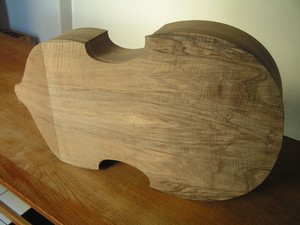 The back trimmed flush with the ribs and the purfling inlaid. 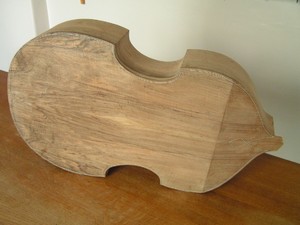 The body of the viol finished, ready for the soundboard to be glued on. 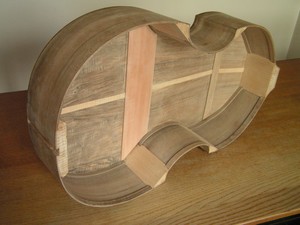 Beginning to rough out the front. Bertrand used the “carved method” for his soundboards. It is made from two wedges cut radially from the log (like slices of a cake) and jointed “bark to bark” to make the blank from which the soundboard is carved. 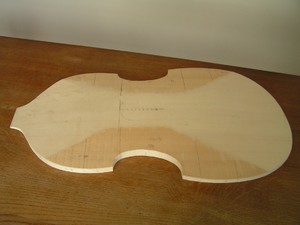 The inside of the finished front showing the bassbar. 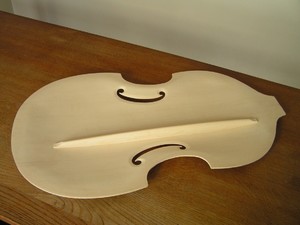 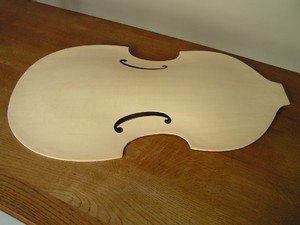 The front glued onto the walnut box. 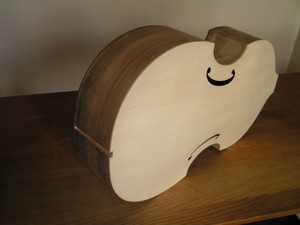 The purfling around the front. 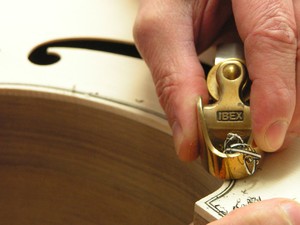 The finished body of the viol. 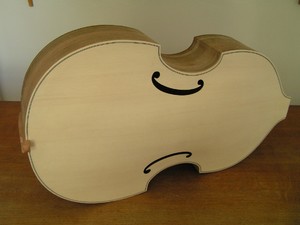 Roughing out the neck. 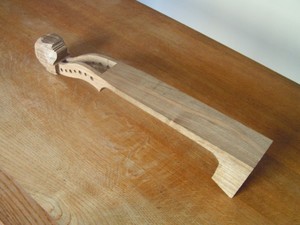 The head and peg box roughed out. 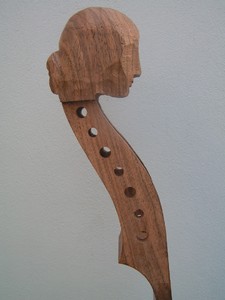 The neck ready to be fitted onto the body. The heel at the body end of the neck will be shaped to blend with the body after it has been glued on. 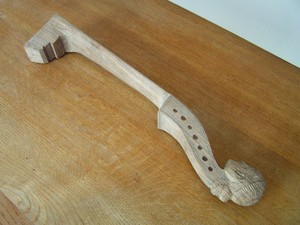 The clay maquette of the head. It’s based on a Roman female portrait bust from Pompeii, now in the archaeological museum in Naples, where I was able to photograph it. 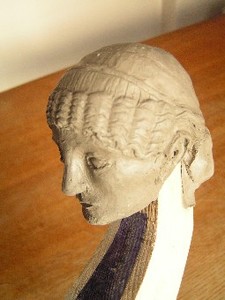 The finished carved head and pegbox. 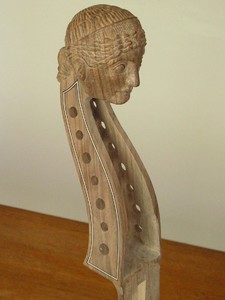 The finished viol before varnishing. 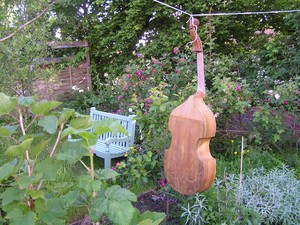 The fingerboard and tailpiece. The tailpiece has had some oil rubbed into it to protect the wood and to bring out the colour. The fingerboard will be finished in the same way. 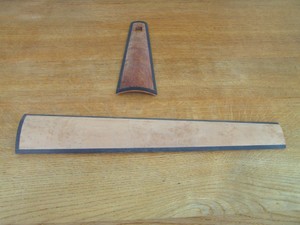 Cutting out the bridge. 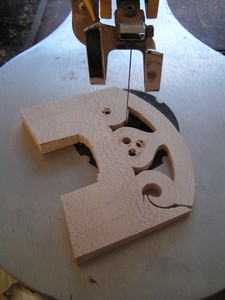 The rough blank for a peg. 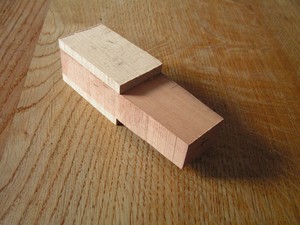 The blank turned round, with the beginnings of a shaft and a head. 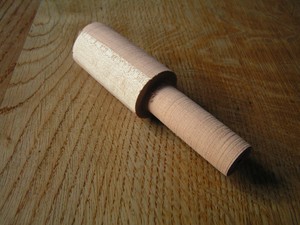 The shaft taper is now finished. 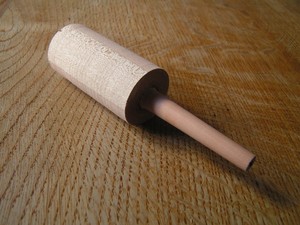 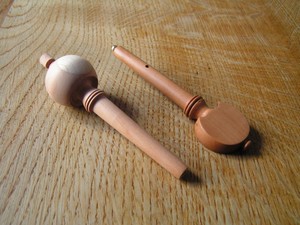 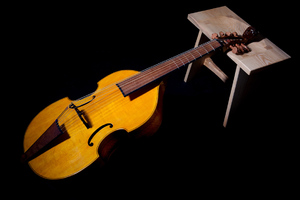